By Ben Willcocks for Mailonline

The Portuguese coach is keen to strengthen his defensive options and move into the top four in Serie A next season, having handed Roma their first ever European trophy last week.

Although Dutch international Rick Karsorp became a key player for Roma last campaign, Mourinho is reportedly on the hunt for a right-back, with Ainsley Maitland-Niles set to return to Arsenal after a disappointing loan spell in the Italian capital. 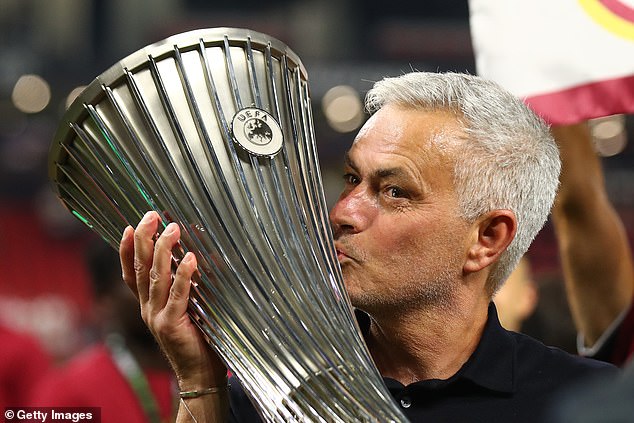 Roma are keen to lure Wan-Bissaka to the Italian capital next season and Manchester United value the defender at €30m, according to La Gazzetta dello Sport.

The Italian newspaper claimed that Roma would only be interested in signing Wan-Bissaka on loan with an option to buy in the future.

The 24-year-old joined the Red Devils in July 2019 for £50million but has struggled for regular minutes since Ole Gunnar Solskjaer’s departure from Old Trafford. 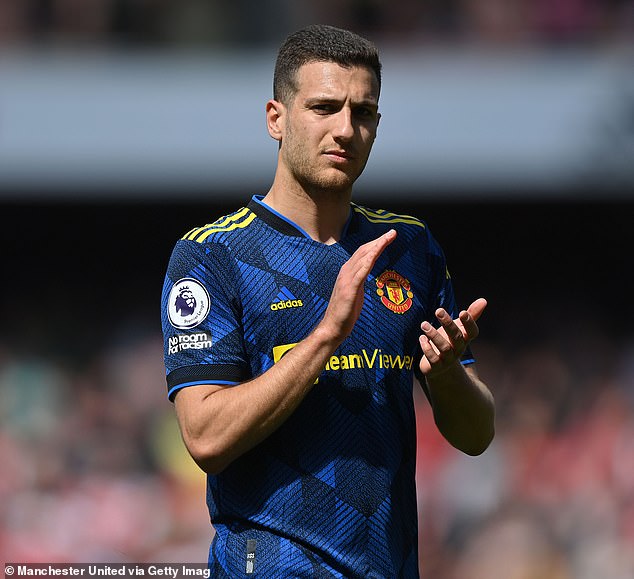 Wan-Bissaka is reportedly one of the players allowed to leave the club this summer, alongside defensive teammate Eric Bailly.

However, reports from Italy also suggest that Dalot could instead team up with Mourinho in Roma and fill the void at right-back, according to sports outlet Corriere dello Sport.

The Portuguese full-back, who is no stranger to Serie A after enjoying a loan spell with Milan in 2020-21, is reportedly valued at €15m by Manchester United.